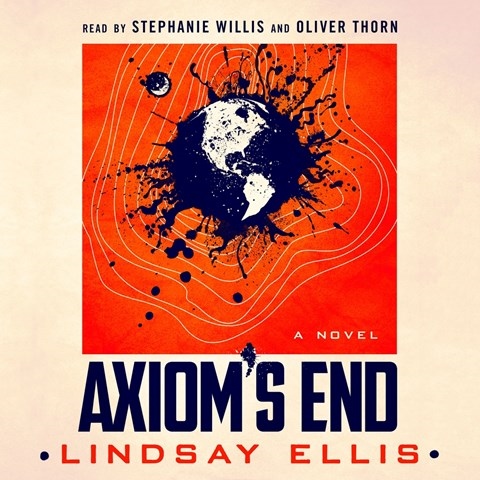 Stephanie Willis and Abigail Thorn narrate this compelling debut, a promising start to a planned series. In an alternate 2007, a document leaked by famous whistleblower Nils Ortega reveals that the U.S. government is hiding alien life on Earth. Though Nils appears only through his various correspondence, Thorn conveys Nils's callous self-importance, which belies his outwardly altruistic motives. College dropout Cora Sabino wants nothing to do with Nils, her father. Nevertheless, she’s abducted by an alien codenamed Ampersand, whose mission on Earth could threaten humanity’s existence. Willis does marvelous work developing what turns out to be an unlikely friendship between Cora and Ampersand, who communicate using advanced alien technology. Their story goes in unexpected directions that maintain listeners’ engagement. A.T.N. 2021 Audies Finalist © AudioFile 2020, Portland, Maine [Published: JULY 2020]