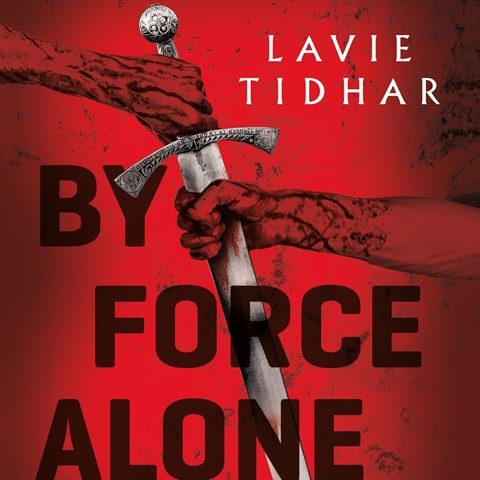 Ralph Lister performs a gritty retelling of Arthurian legend blending fantasy, sci-fi, noir, and pulp fiction. King Arthur and the Knights of the Round Table is a story oft retold--but not quite like this one. This savage and unrelenting adventure has one foot in the fantastical world and the other in the modern political climate. Lister unveils a staggering number of character voices, with no two sounding alike, but some are less polished than others. His delivery is characterized by a steady gravelly timbre punctuated by occasional bursts of violent passages. Overall, Lister amplifies the tonal elements of the story beautifully, achieving a performance that's oddly poetic even as it dips into the uncomfortable. J.M.M. © AudioFile 2020, Portland, Maine [Published: OCTOBER 2020]