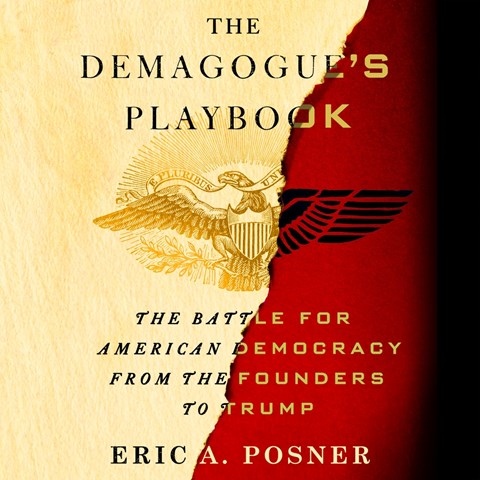 by Eric A. Posner | Read by Peter Berkrot

Narrator Peter Berkrot's vocal tone has a flinty mid-20th century quality that works well with this historical review of how demagogues in the U.S. have repeatedly exploited populism since the founding of the nation. Serious but never overwrought, he has a lovely way with phrasing that enhances the richness of these sentences while deftly moderating the undercurrent of alarm in the writing. According to the author, the charismatic politician who stirs emotions using division, fear, and distrust of the establishment is not a new phenomenon. Rallying tribal loyalty and anger has worked repeatedly to subvert orderly governance and pander to grievances instead of promoting higher ideals. Elevated by Berkrot's appealing performance, this audiobook reminds us that history repeats itself, that political circumstances like we have now will pass. T.W. Winner of AudioFile Earphones Award © AudioFile 2020, Portland, Maine [Published: SEPTEMBER 2020]