Home»Reviews»THE GROVE OF THE CAESARS 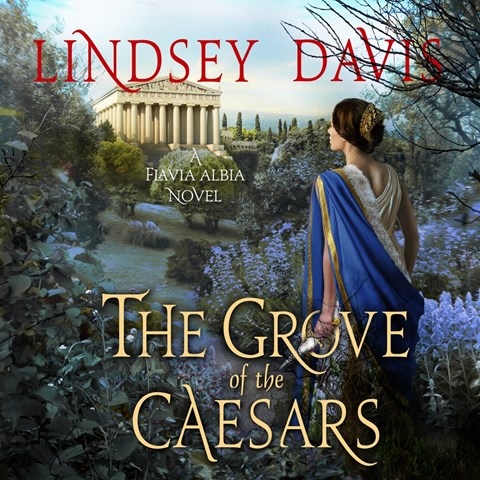 THE GROVE OF THE CAESARS Flavia Albia, Book 8

Jane Collingwood's lovely alto voice is a perfect instrument for the charming and drily witty Flavia Albia, who can't seem to stay home and behave herself when there is a murderer to bring to justice. Normally she wouldn't go near the Grove of the Caesars, since prostitutes have been disappearing there for years. But when a highborn lady is murdered in the grove, the victim's family asks her to investigate. Albia is soon convinced that there is a serial killer at work, and that the Vigiles have been ignoring his crimes for years. Collingwood's Albia is smart, ironic, and immensely likable, and the cultural details and social politics of first-century Rome make a delicious backdrop for this skillfully written and engagingly performed detective novel. B.G. © AudioFile 2020, Portland, Maine [Published: AUGUST 2020]