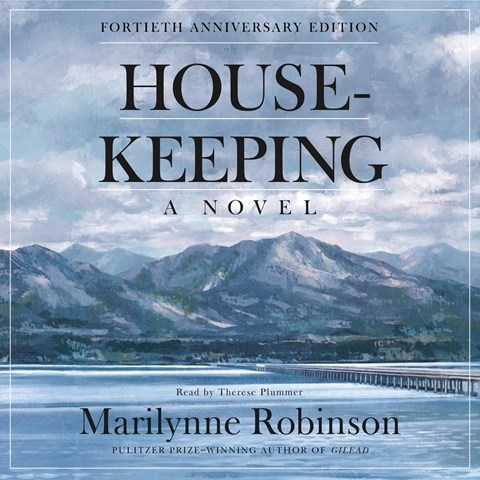 Narrator Therese Plummer tackles this contemporary classic with a shrewd approach and a piercing tone. Ruth and her younger sister, Lucille, are orphaned and raised, first, by their loving grandmother, then, by two bungling, lovable aunts, and, ultimately, by Sylvie, the eccentric and distant sister of their late mother. Plummer's delivery sparkles during dialogue between the sisters, which is characterized by vitality and tenderness. Fingerbone, the mysterious, out-of-the-way town on a glacial lake in the West, is also a fully realized presence, with its extreme weather and a vast landscape captured in Plummer's performance. Ruth and Lucille's struggle to grow from girls to women reveals the costs of loss and survival. Plummer's talented performance is both illuminating and poignant. R.O. © AudioFile 2020, Portland, Maine [Published: NOVEMBER 2020]