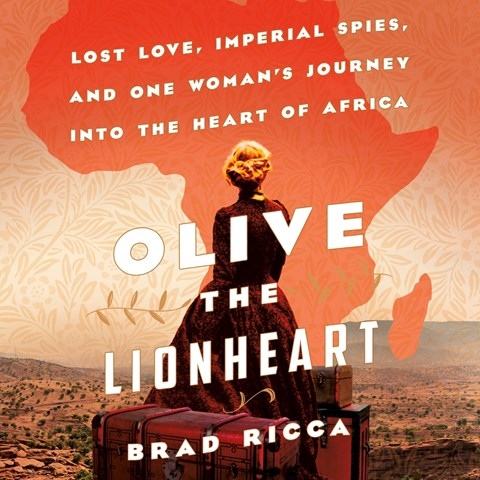 OLIVE THE LIONHEART Lost Love, Imperial Spies, and One Woman's Journey into the Heart of Africa

Narrator Billie Fulford-Brown's delightful British accent adds realism to the true story of Olive MacLeod, a Victorian-era woman who followed her heart to Africa. There, she searched for the grave of the man who would have been her husband had she not dithered in marrying him. Fulford-Brown has a bit of British reserve in her voice, which succeeds in making MacLeod's character more real, more heroic. Author Brad Ricca, who delivers a foreword and an afterword, wrote this book after years of painstaking research. MacLeod is an unsung heroine who modestly downplayed her African adventures. But her letters, diaries, and other bits and pieces of history present the story of one of Britain's unsung explorers. M.S. Winner of AudioFile Earphones Award © AudioFile 2020, Portland, Maine [Published: DECEMBER 2020]