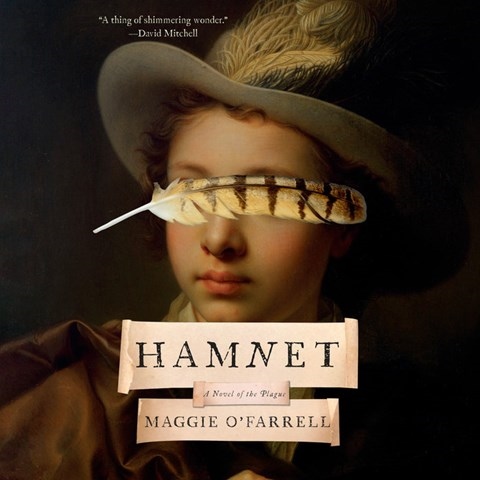 Maggie O'Farrell's imaginative use of Shakespearean apocrypha and recorded facts, combined with Ell Potter's superb performance, is a feast for the ears. The story revolves around an unnamed Latin tutor; his soon-to-be wife, Agnes; and their growing family in 1580s Stratford-upon-Avon. When 11-year-old Hamnet discovers his twin sister, Judith, gravely ill with swellings and fever, he looks for help, but the house is eerily quiet. In vivid memory flashes, a brilliant story unfolds revealing John, Shakespeare's abusive father; Agnes's marriage to the unsuitable, much younger tutor; and their subsequent years together and the devastation wrought by the Black Death. Potter brings an intimate gravitas to details as seemingly insignificant as the journey of a flea and as great as the grief that produced Shakespeare's masterpiece HAMLET. S.J.H. Winner of AudioFile Earphones Award © AudioFile 2020, Portland, Maine [Published: AUGUST 2020]