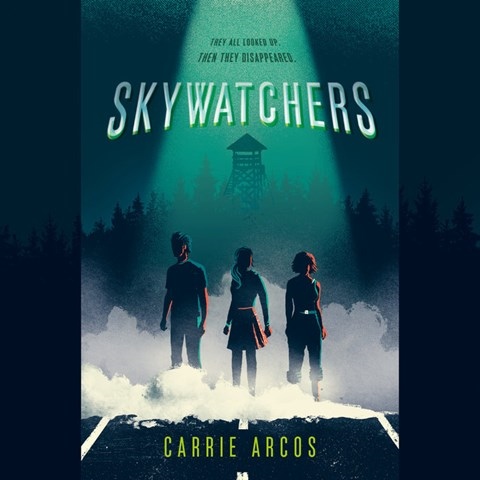 Adenrele Ojo establishes distinct voices for the four main characters and the robust cast of supporting characters in this sci-fi audiobook. In 1950s Monterey, California, U.S. residents are called upon to watch the night skies for Russian bombers. Ojo's performances of John, Bunny, Teddy, and Caroline offer an empathetic window onto four teenage skywatchers--each hailing from a different racial and socioeconomic group--whose lives become entwined after they track the whereabouts of a UFO they witnessed crashing in the woods. If you're someone who appreciates a bit of theoretical physics and an extraterrestrial story, don't miss Ojo's performance of SKYWATCHERS. G.P. © AudioFile 2020, Portland, Maine [Published: NOVEMBER 2020]