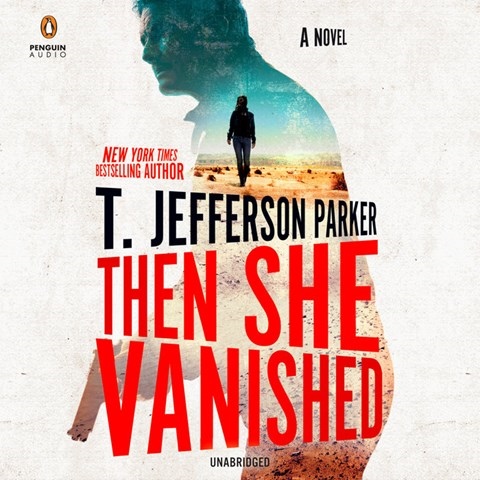 THEN SHE VANISHED Roland Ford, Book 4

by T. Jefferson Parker | Read by Will Damron

Narrator Will Damron lends his deep voice and impeccable pacing to this thriller involving racial and gender politics and the kidnapping of the wife of a California assemblyman. Roland Ford is assigned to find the woman by former Marine and rising politician Dalton Strait. Damron infuses his portrayal of Ford with an edge of skepticism after he delves into the candidate's finances, his wife's compulsions, and a series of increasingly violent bombings by a group called The Chaos Committee, which is setting the entire state's population on edge. Damron introduces a tone of unease into his portrayal of Ford as Strait's story begins to unravel. Parker brings it all together in a tense and satisfying ending. R.O. © AudioFile 2020, Portland, Maine [Published: OCTOBER 2020]