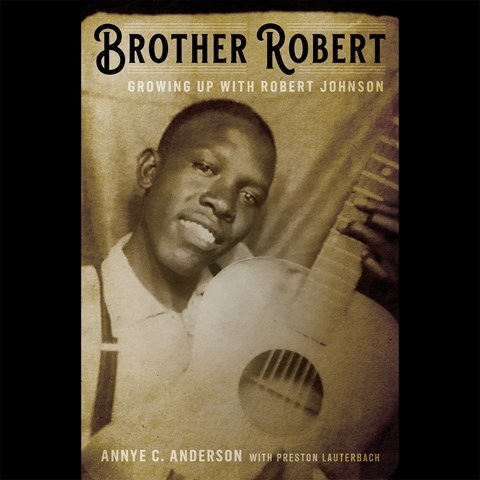 Narrator Janina Edwards perfectly captures the graceful cadence and dignity of a woman in her 90s as she reminisces about her childhood in Depression-era Memphis. She pays tribute to her stepbrother, Robert Johnson, who took her to county fairs and entertained children by singing nursery rhymes and playing guitar. Author Annye Anderson fills in the gaps between Brother Robert, who came to Sunday dinner after playing the juke joints on Saturday nights, and the hugely influential "chased-by-hell-hounds" legendary Delta-blues guitarist whose 1937 recordings are now part of American and pop culture myth. Edwards adopts a righteous tone as the audiobook discusses and humanizes the thorny subject of artistic and cultural appropriation. Anderson's family never owned or profited much from her brother's iconic songs. B.P. Winner of AudioFile Earphones Award © AudioFile 2020, Portland, Maine [Published: AUGUST 2020]