Home»Reviews»MORE THAN JUST A PRETTY FACE 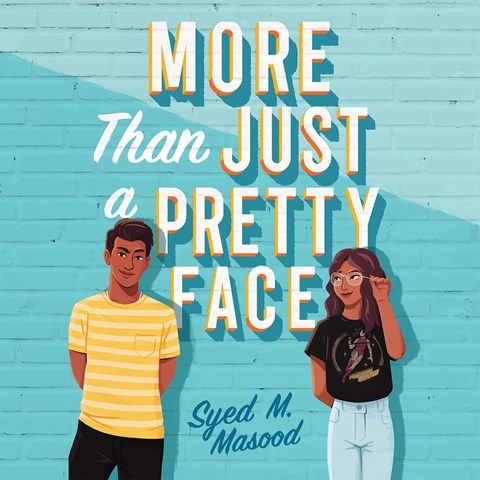 MORE THAN JUST A PRETTY FACE

Narrator Ariyan Kassam portrays Danyal, a good-looking Pakistani-American who has a crush on Kaval, a smart and beautiful girl. Danyal plans to be a chef, which is not a desirable career in his culture, so his marriage prospects are lowered. At Kaval's behest, Danyal tries to win Renaissance Man, his school’s academic award program. At the same time, his parents arrange for him to meet Bisma; starting out as friends, they slowly begin feeling more for each other. Kassam does a fantastic job embodying a flippant young man full of disbelief and questions who is expanding his ideas. Kassam depicts this initial growth through pacing and tone, and then shifts his cadence as Danyal recognizes his developing feelings for Bisma. S.K.G. © AudioFile 2020, Portland, Maine [Published: OCTOBER 2020]