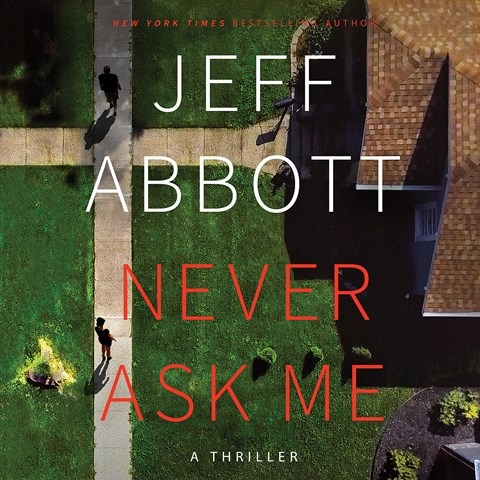 Beginning with the discovery of a neighbor's body on a park bench in the Austin suburb of Lakehaven, this audiobook devolves into a labyrinth of suspects, plots, and motives that become more outlandish with every new twist. And, as each chapter is told by a different character who is portrayed by a different narrator, there's a lot to juggle. So young Julia narrates her chapters and mimics her father's brothers' voices, and in their respective chapters, they might mimic Julia's. While the beginning of the audiobook starts as a mystery, it devolves into a psychological suspense when the childhood of one character yields motives for most of the other characters and ends as an international political thriller. The result is one too many genres for most listeners to follow, or swallow. L.W.S. © AudioFile 2020, Portland, Maine [Published: AUGUST 2020]