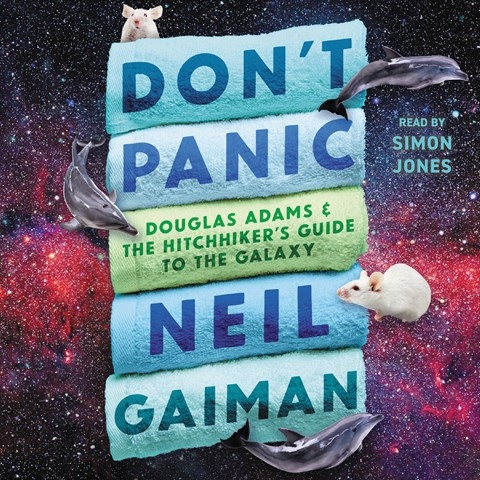 DON'T PANIC Douglas Adams & The Hitchhiker's Guide to the Galaxy

If you're a superfan of Douglas Adams and THE HITCHHIKER'S GUIDE TO THE GALAXY, you've likely already encountered this book, first written in 1987 (and revised several times since) by young journalist Neil Gaiman. However, with the narration of Simon Jones--who starred in the original HITCHHIKER'S radio drama--this audio version offers something new. Jones shares the history of how Adams came to create the sci-fi cult favorite in an arch tone that matches the text, and he's occasionally obliged to speak about himself in the third person, such as, "As much as we all adore Simon Jones's portrayal of the hapless Arthur Dent, he's hardly the obvious romantic lead." But the real joy here is when Jones gets the chance to perform script excerpts from various incarnations of HITCHHIKER'S--and play all of the parts. J.M.D. © AudioFile 2020, Portland, Maine [Published: AUGUST 2020]