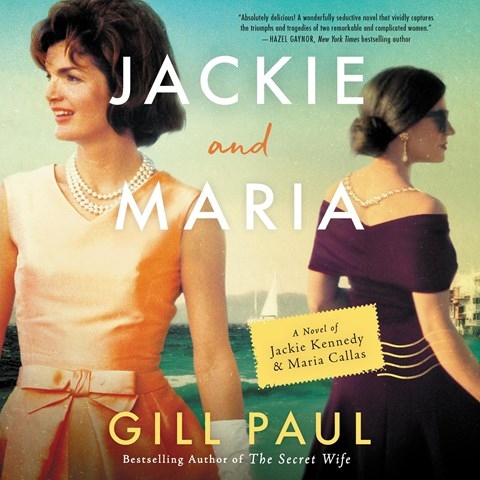 Narrator Lisa Flanagan portrays the rivalry between former First Lady Jackie Kennedy and opera singer Maria Callas, imitating their voices and those of their famous family members. The two women were connected by their love for billionaire Aristotle Onassis, whose tender-voiced portrayal during dialogue contrasts with his hurtful infidelity. Flanagan displays her range by replicating Jackie's talent with impressions--a flat Boston accent, a Southern drawl, the perky speech of a California girl. Maria's voice is deeper and stronger than Jackie's patrician voice, which Bobby Kennedy criticized as being "too breathy." (Ironically, it is reminiscent of Marilyn Monroe's.) Both Jackie and Maria shared a rival in Jackie's sister, Lee, whose spite is made clear with sharp consonants and hissing "s" sounds during an argument. A.L.C. © AudioFile 2020, Portland, Maine [Published: OCTOBER 2020]