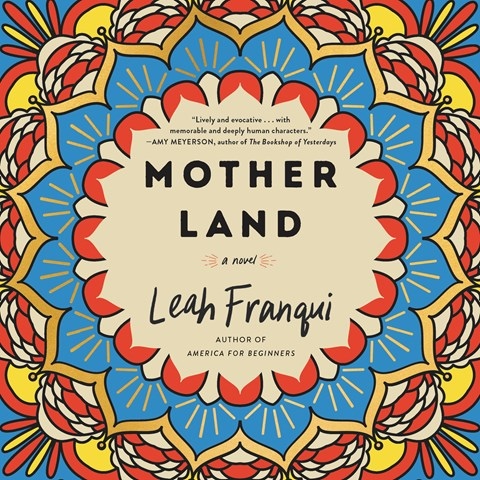 When a New York millennial marries an Indian-born financial analyst and moves to Mumbai, she faces not only culture shock, but also the harsh expectations of her new mother-in-law. Narrator Amy McFadden imbues Rachel with a touch of condescension as she struggles to adjust to India, followed by angry rebellion as Dhruv's mother, Swati, imposes her traditional ways on the household. The story unfolds in Swati's and Rachel's alternating points of view, with McFadden adopting a pleasing lilt for Swati's voice. Oddly, she reads Dhruv's dialogue without an accent, but his parts are less significant than his mother's. As the women begin to find common ground in the kitchen, McFadden's warmer tone helps to portray the development of mutual respect and friendship, despite the odds. N.M.C. © AudioFile 2020, Portland, Maine [Published: AUGUST 2020]