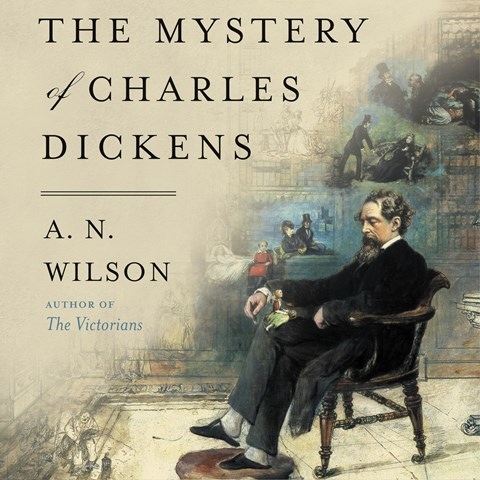 THE MYSTERY OF CHARLES DICKENS

The prolific historian, biographer, novelist, and critic A.N. Wilson amply fits the traditional role of man of letters, and versatile narrator Mark Meadows gives voice to that persona with energy and grace. Wilson surveys Charles Dickens's life and career from the perspective of several "mysteries," starting with the circumstances of the great novelist's death and then looking back over his childhood, his philanthropic work, his public readings, and his final, unfinished novel, THE MYSTERY OF EDWIN DROOD. Meadows conveys a sensibility that is learned but never stuffy, accessible but never condescending. We experience Dickens's life and work with sympathy and understanding--as well as insight into the novelist's weaknesses and foibles--and come to appreciate him all the more. D.A.W. © AudioFile 2020, Portland, Maine [Published: AUGUST 2020]