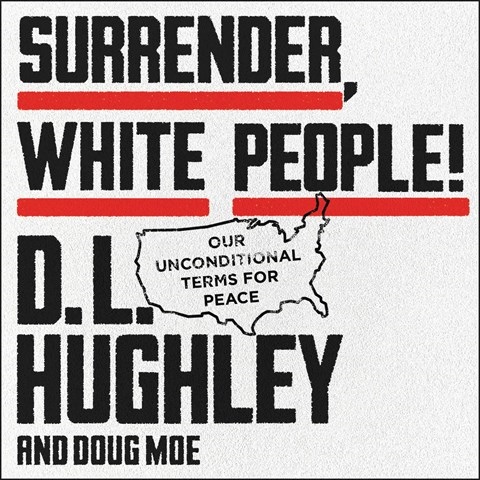 D.L. Hughley pulls no punches performing his audiobook about racism, reparations, and the state of race in America. Hughley, an activist/writer/comedian for decades, reveals bitter truths about racism in America that are pretty hard to hear. The framework of the audiobook is a peace treaty between the races and the establishment of reparations. He softens the blows by adding humor to his statements, but there are not enough jokes in the world to disguise the horror of some of his facts about atrocities committed against people of color. He describes the terror of the 1921 Tulsa Race Massacre, when mobs of white residents attacked Black residents in Greenwood killing up to 300, injuring 800, and leveling hundreds of homes and businesses. M.S. 2021 Audies Finalist © AudioFile 2021, Portland, Maine [Published: MARCH 2021]