Home»Reviews»YOU OUGHT TO DO A STORY ABOUT ME 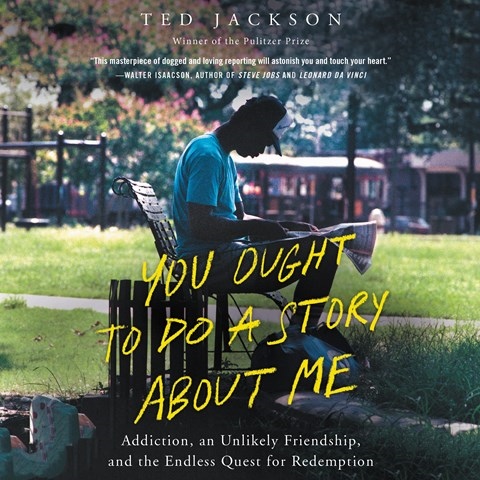 YOU OUGHT TO DO A STORY ABOUT ME Addiction, an Unlikely Friendship, and the Endless Quest for Redemption

Narrator Christopher Grove's cadence captures the rhythms of addiction and recovery and their corresponding impact on relationships with friends and family. Grove is likable and empathetic as he recounts author Ted Jackson's discovery that former NFL athlete Jackie Williams was living under the Pontchartrain bridge in New Orleans. So begins a decades-long friendship that ebbs and flows with Jackie's path to recovery, which includes multiple relapses. Williams was a whip smart kid who switched from basketball to football before college, turned pro and played in two Super Bowls but never quite found a stable team, and then tried crack cocaine following his mother's funeral. An important thread underlying the story is the strong Christian faith the two men share and its influence on their views of addiction. A.B. © AudioFile 2021, Portland, Maine [Published: JANUARY 2021]