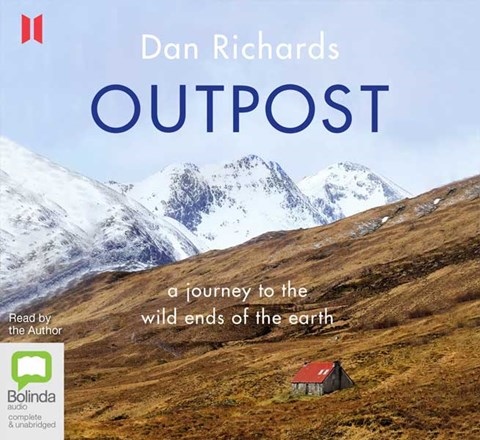 OUTPOST A Journey to the Wild Ends of the Earth

World traveler Dan Richards's clear voice and English accent make him sound as if he's telling tales of his journeys in a pub. His tone is self-effacing, witty, and intimate. His unhurried pace reflects his aim to convince the listener of the value of the earth's remote and often romantic places. He makes a companionable guide on this idiosyncratic tour of the forlorn and the majestic. His reflections are infused with literary allusions and informed by history and lore. Much is to be learned and considered in his wandering to northernmost Norway, Iceland, Scotland, to the Mars Project in an empty part of Utah, and to Desolation Peak, where Jack Kerouac was a lookout in Washington's Cascade mountains. A.D.M. © AudioFile 2020, Portland, Maine [Published: OCTOBER 2020]