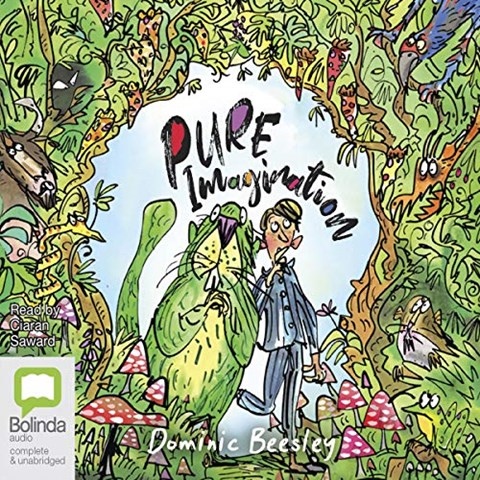 Narrator Ciaran Saward introduces a sassy, three-foot-tall green beaver named Oswald, who is unhappily assigned to be an imaginary friend to a nerdy, book-loving boy named Reggie. Reggie is equally unimpressed with Oswald. Soon Reggie realizes that his classmate Jemima, who always seems to be talking to herself, is actually chatting with her own make-believe buddy. The action escalates as Reggie enters the World of Imagination and learns that, because fewer kids have pretend friends, imagination will soon disappear. Saward excels as Reggie and his friends seek to save the World of Imagination and is tops at portraying fast-talking Oswald. Saward's accents, particularly Jemima's Irish brogue, are splendid, while bird and animal voices enhance this unique story about loyalty and friendship. S.G.B. © AudioFile 2020, Portland, Maine [Published: OCTOBER 2020]