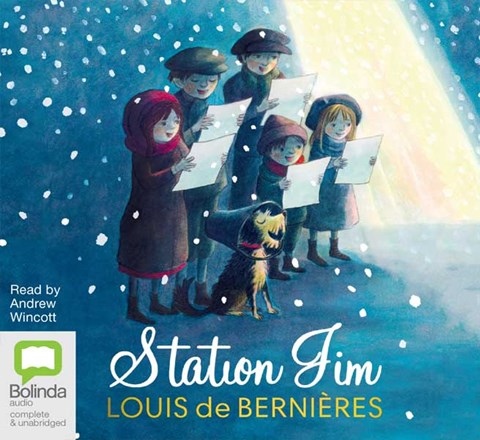 Narrator Andrew Wincott exuberantly re-creates Edwardian England's everyday life, including its class system, residents, and steam trains. When train guard Ginger Leghorn finds a puppy, he decides he can't keep it--until his five children see the dog, who is named Jim. Listeners will revel in the innocent pleasures of the family, including Leghorn's putting Jim "to work" on a train collecting for charity. Wincott endearingly presents the kind and gentle Leghorns, their lively children, and Jim's misadventures: falling into a rabbit hole and accidentally going to sea, along with everyone's plans for Christmas, including caroling with Jim. The story, based on a real dog, is enhanced when Jim impresses a chatty King Edward VII, and receives his most generous donation ever. This is an enchanting Christmas listen for all ages. S.G.B. Winner of AudioFile Earphones Award © AudioFile 2020, Portland, Maine [Published: OCTOBER 2020]