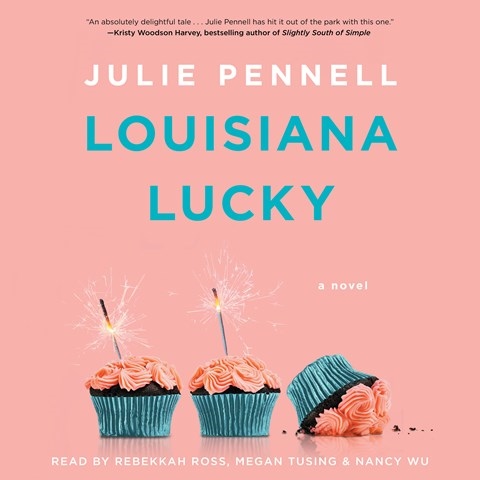 Three narrators--Rebekkah Ross, Megan Tusing, and Nancy Wu-- portray three sisters who win $204 million dollars in the Louisiana lottery. Ross gives the youngest sister, Lexi, a nervous girlish voice as she plans her "perfect wedding." The brightest of the trio, middle sister Callie, portrayed by Tusing, struggles with a career change. Her voice resonates with doubt as she redefines herself as a television personality. The eldest sister, Hanna, is a stereotypical mom, worrying about her children's schooling, their social standing, and her own standing with a snobbish clique of mothers. Wu portrays her in a voice that is syrupy and emotional. None of the sisters has a Southern accent though secondary characters do. The plot is predictable, and the lesson learned is that money doesn't guarantee happiness. D.L.G. © AudioFile 2020, Portland, Maine [Published: SEPTEMBER 2020]