Home»Reviews»TOO MUCH AND NEVER ENOUGH 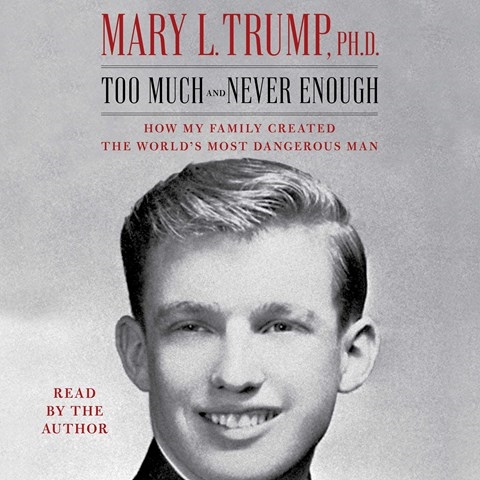 Psychologist Mary Trump said her biggest regret is that she did not tell Americans to vote against her uncle, Donald Trump, when he ran for the presidency. She tells her own story in this audiobook, speaking quite eloquently, though with little passion. She talks about the president's childhood, when he learned to be selfish, manipulative, and greedy at the hands of his father, Fred (Mary's grandfather.) She speaks about family holiday meals--characterized by jealousy, bitterness, favoritism, and mean-spiritedness outweighing the little love in the room. This is a short audiobook, and much of it is about other family members, including Mary's father, Freddy, who was ostracized after growing up in Donald's shadow. It shows that despite the family's great wealth, lack of love makes the Trumps poorer than most of us. M.S. © AudioFile 2020, Portland, Maine [Published: OCTOBER 2020]