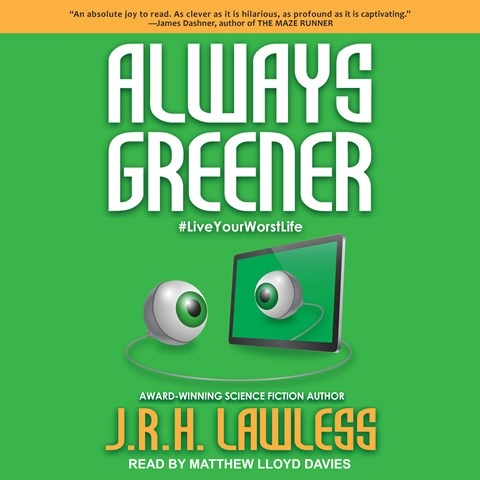 Narrator Matthew Lloyd Davies takes listeners on a darkly satirical romp through a not-so-distant, not-so-unbelievable future in which reality TV reigns supreme. In his debut novel, J.R.H. Lawless draws lofty, absurdist, very British inspiration from the likes of Terry Pratchett and Douglas Adams to create a world of brain implants, 24/7 corporate messaging, and a hit show that is in search of the one contestant who can claim their life is more miserable than anyone else's on earth. The competition is stiff, and Davies's droll delivery accentuates the political and philosophical lampooning that makes this novel a little edgier than the average spoof. B.P. © AudioFile 2020, Portland, Maine [Published: OCTOBER 2020]