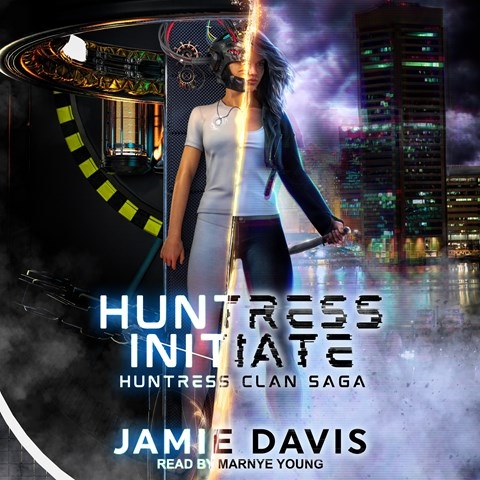 Narrator Marnye Young portrays Quinn as tough but a bit vulnerable, which isn't surprising, given that she was abandoned as an infant and raised in the foster care system. In this first installment of the Huntress Clan Saga, Quinn learns she is one of the last "hunters," whose mission is to protect humans from supernatural beings that wish them harm. Hired by a company purportedly testing a virtual reality system, Quinn resists brainwashing and uses the technology to combat the evil supernatural creatures. Young shines as she depicts Quinn's shock at uncovering their plan for her. Young captures the wariness that warns Quinn something is amiss. J.E.M. © AudioFile 2020, Portland, Maine [Published: AUGUST 2020]