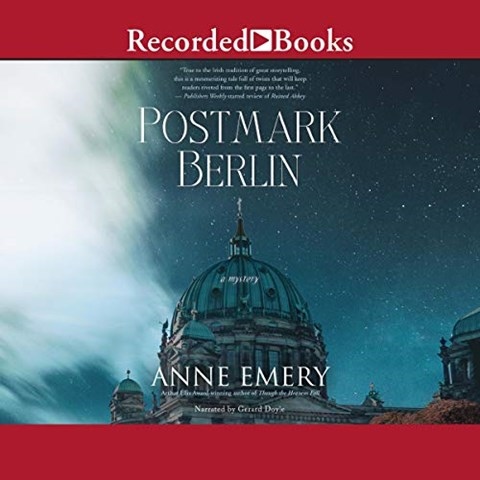 Narrator Gerard Doyle's warm Irish accent and deliberate pacing are well suited to this mystery about long-buried secrets. The 11th in the Arthur Ellis Award-winning series takes the protagonist, Irish-born Father Brennan Burke, from his Halifax, Nova Scotia, home to Berlin and back as he investigates the death of a parishioner. Murder or suicide, and what's the import of the postcard received by the parishioner? A postcard featuring a photo of Stasi secret service headquarters in the former East Berlin. Doyle doesn't rush the telling, as the story is complicated. Adult characters are differentiated just enough without overplaying, and our narrator also demonstrates his mastery of children's voices in this layered tale about sins of omission and commission. A.C.S. © AudioFile 2020, Portland, Maine [Published: AUGUST 2020]