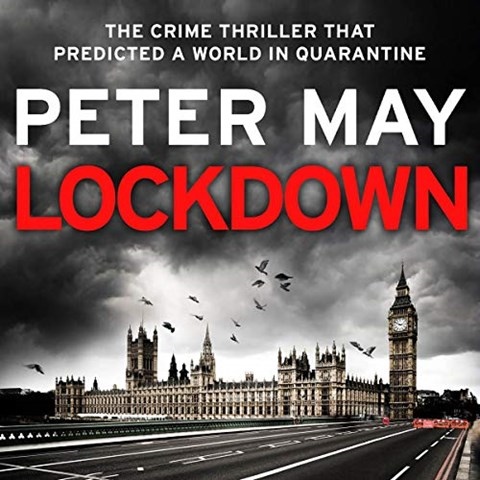 by Peter May | Read by Peter Forbes

This prescient thriller was written in 2005 but turned down by publishers, who thought the story about a global pandemic that forces London into quarantine was "ludicrous." The Scottish author's frequent collaborator, Peter Forbes, narrates this chilling story with an edginess that perfectly mirrors the action. Centered on D.I. Jack MacNeil's efforts to track down the murderer of a young Asian child whose bones have been dumped at a construction site, the plot mushrooms into a search for the source of a virus that threatens millions. While some listeners may find the descriptions of London under martial law disturbing, Forbes captures MacNeil's gruff manner and Scottish accent, as well as those of the Londoners he interrogates and the Canadian epidemiologist who helps him solve the puzzle. L.W.S. © AudioFile 2020, Portland, Maine [Published: JULY 2020]