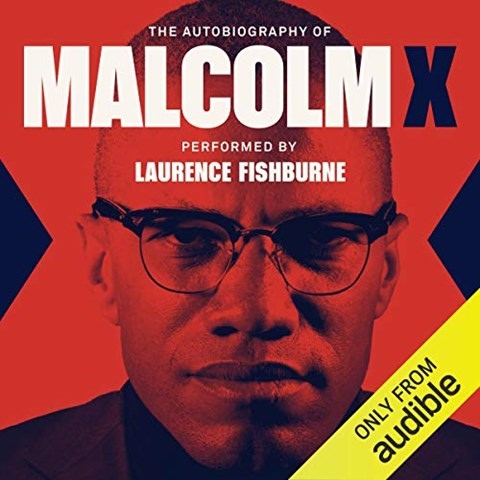 THE AUTOBIOGRAPHY OF MALCOLM X

Laurence Fishburne expertly modulates his tone and suits his cadence to the scenes and dialogue in this audiobook. His voice becomes a tuned instrument emulating the street talk of the ghetto, the lilting patois of a West Indian hustler, and the genteel speech of African leaders. But the most outstanding part of his performance comes when Malcolm X evolves from convict to convert, and Fishburne seems to be right inside his head as he embraces Islamic thought. The Black rights champion and faithful believer could not have a more compelling narrator. Fishburne's extraordinary vocal talents elevate this classic critique of white privilege. He captures Malcolm X's anger and commitment as the firebrand charts his evolution from street hustler to the charismatic voice of Black Muslims. A.D.M. Winner of AudioFile Earphones Award © AudioFile 2020, Portland, Maine [Published: OCTOBER 2020]