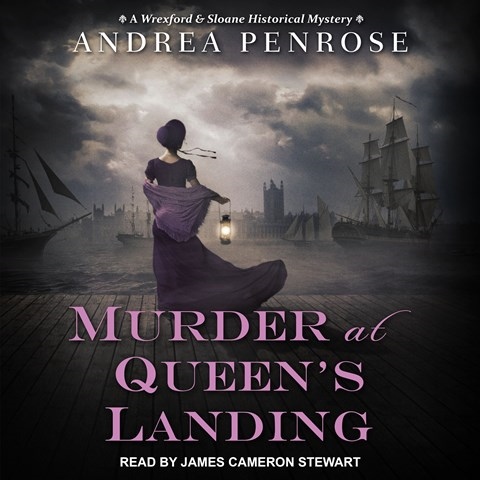 Narrator James Cameron Stewart puts great effort and energy into his performance of this Regency-era murder mystery. It is the fourth in a series featuring Wrexford, an earl/chemist who solves crimes alongside his friend (and soul mate), Lady Charlotte, a successful caricaturist. While this novel is well researched and richly descriptive, it has a superfluity of characters, and its dialogue is sometimes repetitious and timeworn. Stewart presents many memorable portrayals, including those of the street urchins adopted by Lady Charlotte, who have Cockney accents and spirited, bright voices. His Scottish characters are also flawlessly rendered. Some of the female parts, including Charlotte's, prove problematic. This story is tedious in places, but it does immerse one in a vibrant period of history. D.L.G. © AudioFile 2020, Portland, Maine [Published: NOVEMBER 2020]