Home»Reviews»HOW IT ALL BLEW UP 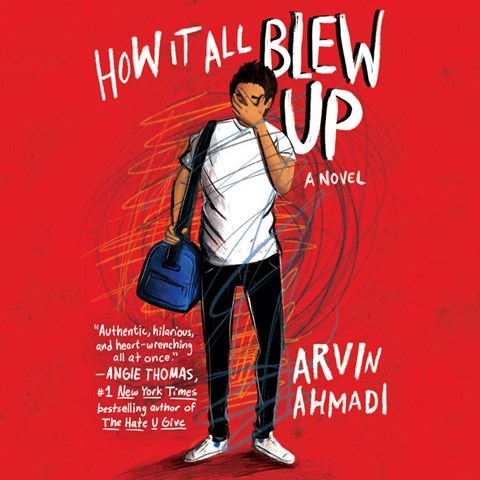 HOW IT ALL BLEW UP

Vikas Adam leads a talented cast in telling the fast-moving story of 18-year-old Amir. Adam portrays the tormented high school senior, who is being blackmailed by a bully threatening to out him as gay at graduation. Adam makes Amir's fear and his flight to New York and then Rome fully believable. In Rome, listeners witness his initial awkwardness as he meets Jahan, a proudly gay Iranian-Dominican, and his friends. As Amir becomes increasingly comfortable with gay relationships, he transforms into a self-confident young man who refuses to hide his secret any longer. The main storyline is interrupted by vignettes of Amir, his parents, and his sister as they are being questioned at an airport. Each family member is fully realized and adds to a fuller picture of Amir. S.W. © AudioFile 2020, Portland, Maine [Published: NOVEMBER 2020]