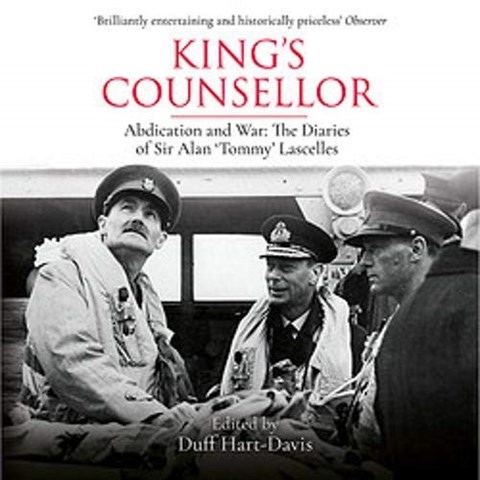 The personal journal is among the most difficult forms to adapt to audiobook listening, the narrative so often being, as here, fragmentary and disjointed. Narrator Pip Torrens successfully meets the challenge by maintaining a brisk pace and matter-of-fact tone. Sir Alan Lascelles was chief secretary to the British monarch just before and during WWII, and his journal gives a frank account of those crisis years. Torrens sounds exactly like the type of staunch Britisher who would notice a bird overheard on his walk and a sentence later report the latest bombings and army engagements. Lascelles's firsthand portraits of King George VI and his growing daughters, Princesses Elizabeth and Margaret; the despised former King Edward; and, especially, Prime Minister Churchill are sharp, memorable, and highly insightful. D.A.W. © AudioFile 2021, Portland, Maine [Published: JANUARY 2021]