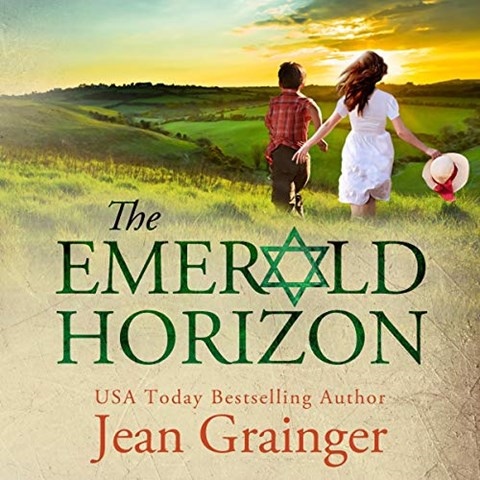 THE EMERALD HORIZON The Star and the Shamrock, Book 2

British narrator Siobhan Waring flawlessly continues the Star and the Shamrock trilogy; this installment is set in Berlin in 1944. As the Nazis came into power, Ariella Bannon courageously sent her Jewish children to Ireland on the Kindertransport. Then she spent four years hiding in a tiny attic before she had to flee when Nazis took over the house. Listeners will feel they are with Bannon as she begs for food and shelter, and avoids marauding Russian occupiers. Waring primarily employs an Irish accent, but delivers many other suggestions of foreign speech as well, including a Hebrew prayer that is deeply moving. Most striking are the well-rendered letters to and from the children, which contrast the tranquil and the brutal settings. Each of Waring's characters is relatable, but Bannon, who endured unimaginable atrocities, is the real hero. S.G.B. © AudioFile 2020, Portland, Maine [Published: SEPTEMBER 2020]