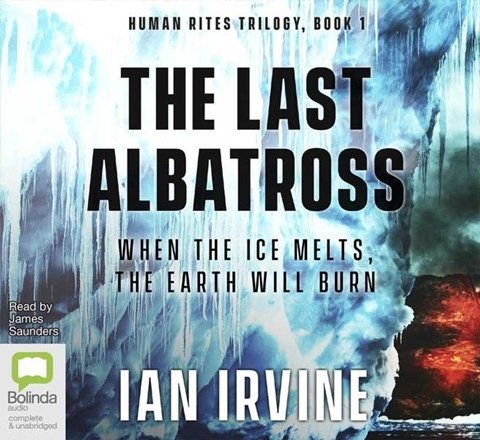 Originally written in 2000, this is the first installment of an ecoterrorism trilogy set in Australia. The complicated fantasy, told from the point of view of a young woman named Jemma, is drawn from events in the 1950s, when the British tested atomic weapons in the Pacific. As the story begins, they have accidentally left behind some plutonium, which two boys, Ryn and Hercus, stumble upon and then bury so that it cannot be used for destructive purposes. Some years later, Jemma is settling down to a quiet life with Ryn when Hercus reappears. Disillusioned and bitter about the state of the world, he's planning an act of ecoterrorism of global proportions. If Ryn doesn't help him, Hercus threatens to reveal Ryn's part in hiding the plutonium. The action never lets up as Saunders builds suspense over potential catastrophic events. As Jemma, he crafts a cool, calm persona that unravels bit by bit. J.E.M. © AudioFile 2020, Portland, Maine [Published: OCTOBER 2020]