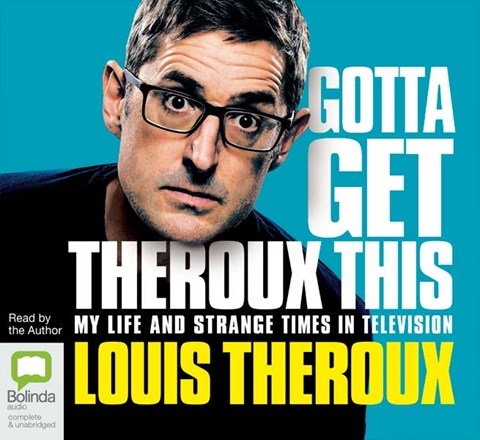 GOTTA GET THEROUX THIS My Life and Strange Times in Television

Journalist and documentarian Louis Theroux's narration of his memoir exudes a stoic charisma that pulls in listeners. His career trajectory is compelling. From his start as a reporter at a free press in San Jose, California, to his almost capricious decision to join the staff at SPY magazine, to his leap to a Michael Moore comedy news show, Theroux developed his brand around reporting on quirky cultural oddities. He then progressed to serious projects such as those targeting the Church of Scientology and the infamous British media figure Jimmy Savile, who was ultimately disgraced as a pedophile. Throughout the audiobook, Theroux also discusses the personal challenges of navigating family life, which add vulnerability to his portrait of himself. His narration emphasizes his persona as a smart, appealing truth seeker. S.P.C. © AudioFile 2020, Portland, Maine [Published: SEPTEMBER 2020]