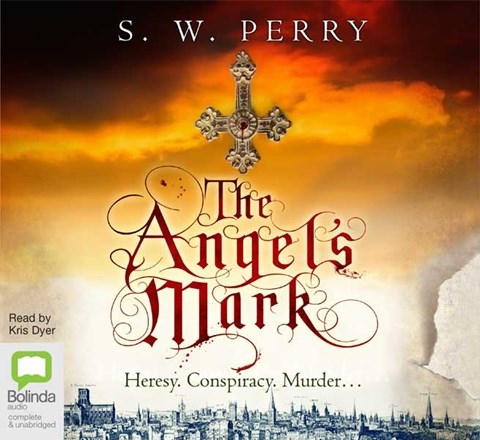 Narrator Kris Dyer's skilled delivery makes Elizabethan London--the privileged few, vast destitute, and Catholic heretics--come alive in a fact-based story. Listeners will meet Nicholas Shelby, a grieving physician who has taken to drink after the death of his wife and baby. After encountering a poor, crippled child who appears to have been murdered, Dyer's unwavering and appealing Shelby tries and fails to interest the authorities in his suspicion. He finds allies in apothecary Bianca Merton and wealthy Catholic John Lumley--both fascinating and expertly presented--who risk everything to help him. A shadow of doubt introduced early adds to the tension, while Dyer renders the atmosphere well that listeners can picture and even almost smell the surroundings. S.G.B. Winner of AudioFile Earphones Award © AudioFile 2021, Portland, Maine [Published: JANUARY 2021]