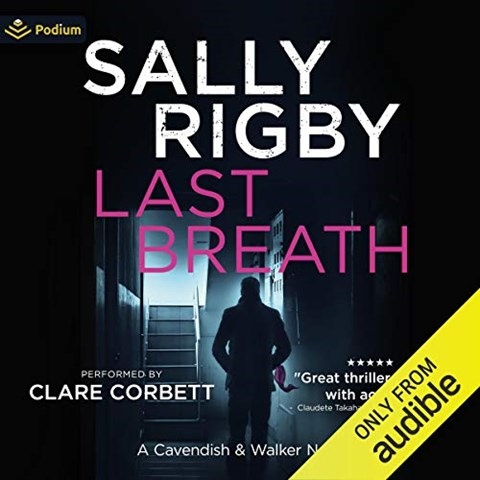 Narrator Clare Corbett flawlessly creates the accents and setting of Lenchester, England, while introducing Detective Chief Inspector Whitney Walker and her polar opposite, psychologist Georgina Cavendish. Listeners will be intrigued by Corbett's portrayal of Walker, who is compassionate and skilled at questioning both timid witnesses and hardened suspects. The experienced Cavendish is sometimes harsh and humorless. As the pair investigate a copycat serial killer, they discover that an unconvicted murder suspect from 35 years earlier may have a role in the current case. Corbett's best creation is pathologist Clare Dexter whose eccentricities add a bit of levity. The well-rendered step-by-step procedural, with its gripping conclusion, makes for an exceptional listen. S.G.B. Winner of AudioFile Earphones Award © AudioFile 2020, Portland, Maine [Published: SEPTEMBER 2020]