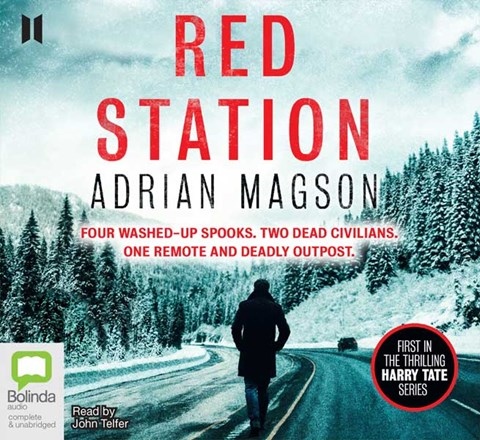 Originally published in 2010, this is the first of six books in the Harry Tate series. Narrator John Telfer captures the brooding quality of his protagonist, an MI5 operative who oversees a drug raid that goes horribly awry. Harry is shipped off to the little-known Red Station outpost on the Russian border to join a group who are troublemakers, according to their MI5 and MI6 overlords in London. But there is a terrible secret attached to this outpost, which Harry finally unearths-- though who will be grateful for his sleuthing is not at all clear. Telfer takes on a range of British and Slavic accents with ease, propelling the story to its satisfying denouement. Listeners will be glad to know there are more Harry Tate audiobooks in the pipeline. L.W.S. © AudioFile 2020, Portland, Maine [Published: OCTOBER 2020]