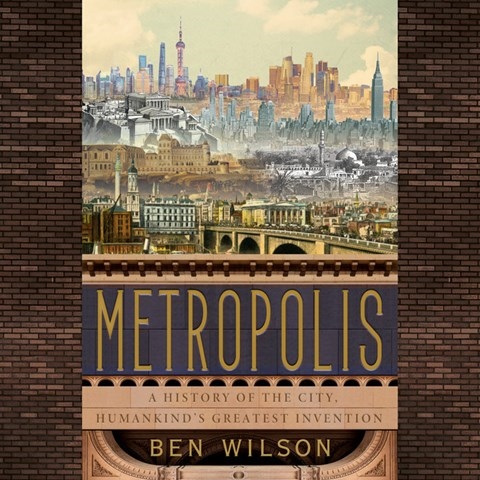 METROPOLIS A History of the City, Humankind's Greatest Invention

Narrator John Sackville's breathy rendition of historian Ben Wilson's well-researched, well-told survey of urban life from Uruk to Lagos would be a gem of unintended comedy if this audiobook were not so misinterpreted. While Sackville might be an effective choice for a biography of Casanova, here, with the possible exception of Wilson's chapter on Babylon, his louche style is wholly at odds with his subject. Terms like "Fertile Crescent" and "suburban sprawl" sound like double entendres, and his character impersonations--rendered in a louder, rougher voice--make Hitler, a Bronx riveter, and an L.A. rap artist all sound alike. Even so, Wilson's narrative is so insightful, so detailed and informative, that this title deserves attention. D.A.W. © AudioFile 2020, Portland, Maine [Published: DECEMBER 2020]