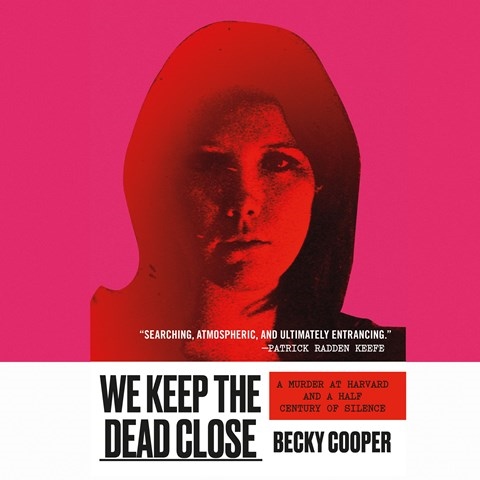 Author and narrator Becky Cooper's magnificent audiobook chronicles her meticulous and deeply personal investigation of a fifty-year-old murder case. In 1969, Harvard graduate student Jane Britton was found violently murdered in her apartment. The story of her unsolved murder became something of a Harvard myth, passed along for decades, with an eccentric and inscrutable archaeology professor as the main suspect. Cooper first heard about Jane Britton in 2009. She felt a growing kinship with the enigmatic Jane and became determined to learn the truth about her murder. While her narration is not showy, Cooper successfully conveys the complicated range of emotions she experienced on what eventually became a ten-year personal and professional odyssey. Cooper's well-researched, suspenseful, and empathetic account is true crime at its finest. A.T.N. Winner of AudioFile Earphones Award © AudioFile 2020, Portland, Maine [Published: NOVEMBER 2020]