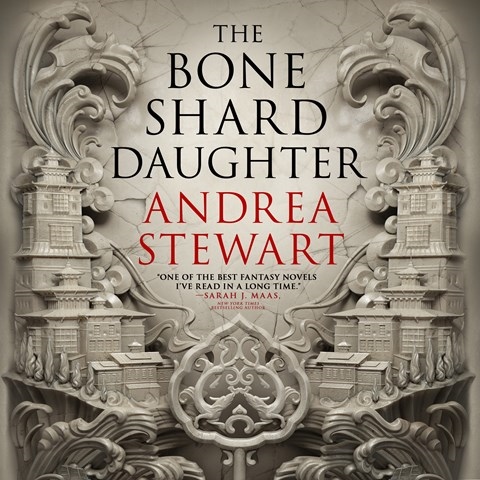 A trio of narrators brings this intricate fantasy world to life. In an island empire controlled by magic, children are required to give a bone shard to the emperor, who uses them to power magical constructs. But when a shard is used, it cuts that person's life short--or kills them. As the empire careens toward revolution, five characters are caught up in the fray. Feodor Chin's amiable tone is perfect for Jovis, a smuggler searching for his wife. Chin deftly captures all of Jovis's smooth-talking confidence. Emily Woo Zeller and Natalie Naudus give voice to four women, including the emperor's daughter and a young revolutionary. Their distinct performances make it a pleasure to follow the shifting point of view as five very different lives intertwine. L.S. © AudioFile 2020, Portland, Maine [Published: SEPTEMBER 2020]