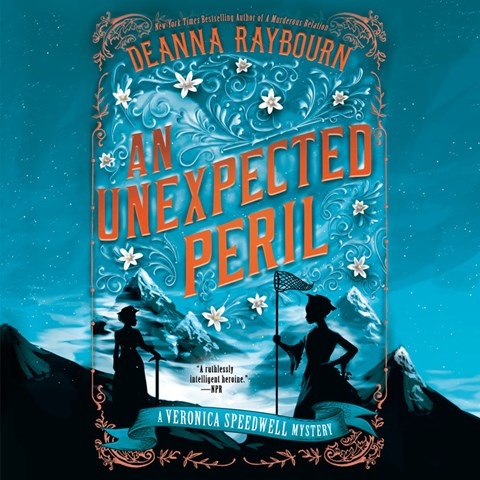 Narrator Angèle Masters reunites Victorian-era adventurers Veronica Speedwell and Stoker as they are pulled into a new case. When Princess Gisela of Alpenwald goes missing, Veronica's striking resemblance to her causes the country's chancellor to ask Veronica to stand in for her. Masters keeps the energy high throughout the audiobook, especially as Veronica and Stoker investigate the likely murder of a mountain climber who died in Alpenwald. Masters excels at conveying the ethnic origins and social status of each character through their speech. The regal bearing used for royal individuals evokes a strong sense of their power. In addition, when Veronica is facing danger, Masters adds to the character's aplomb by speaking with calmness and clear diction. V.M.G. © AudioFile 2021, Portland, Maine [Published: APRIL 2021]