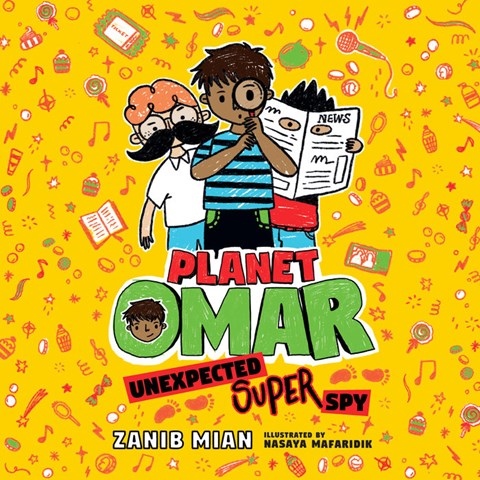 Waleed Akhtar reads the sequel to ACCIDENTAL TROUBLE MAGNET with the same cheer he brought to the first audiobook. His characterization of the quirky, creative Omar begins with a quick catch-up description of his friends and then introduces a new situation. Akhtar captures Omar's wild flights of imagination and his enthusiastic planning for an epic Nerf gun battle with his friends. Omar has saved his Eid and birthday money for a Nerf blaster, but suddenly, in a convincing act of generosity, he donates his funds to the mosque and turns into a fundraiser. When the money collected goes missing, Akhtar's response adds tension to the mystery. S.W. © AudioFile 2020, Portland, Maine [Published: OCTOBER 2020]