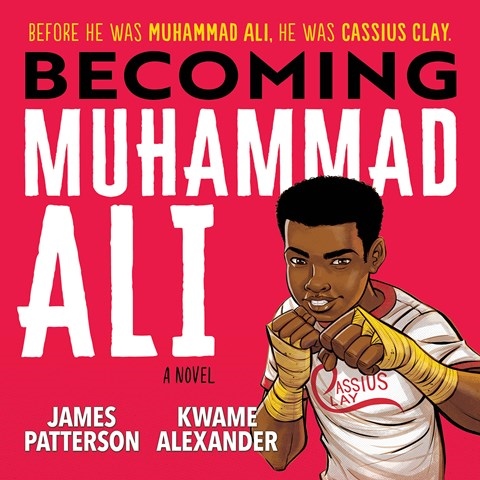 Young listeners who are curious about how Muhammad Ali developed his boxing prowess, strong principles, and distinctive verbosity won't want to miss this biographical audiobook from two literary heavyweights. The story follows Ali--then called Cassius Clay--from his early teen years in Louisville to his first national Golden Gloves title. While prose chapters--told from the perspective of Cassius's friend, Lucky--provide helpful context, the verse chapters are where author/narrator Kwame Alexander truly shines. Alexander's dynamic hip-hop-influenced delivery is ideally suited to Cassius's swagger, and he channels Cassius's ebullient grandiosity while grounding listeners in the young athlete's dedication to his sport and his roots. The result is an audiobook that's fast, pretty, and powerful--just like Ali himself. R.A.H. © AudioFile 2020, Portland, Maine [Published: SEPTEMBER 2020]