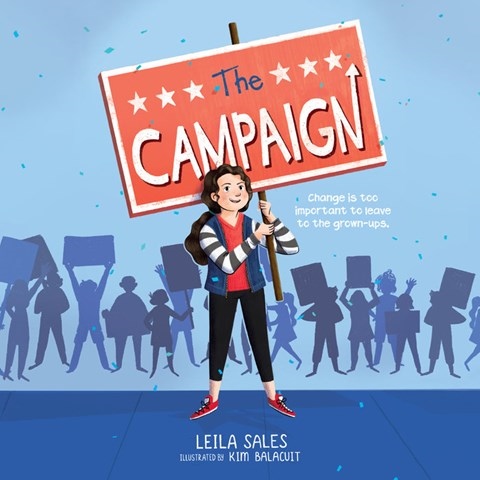 Emily Eiden's narration captures the humor and relatable emotion in this nonpartisan audiobook about local politics and civic activism. Twelve-year-old Maddie is devastated when she learns that the lone candidate running for town mayor wants to cut school arts funding. After she persuades her babysitter, Janet, to enter the race, Maddie mobilizes a grassroots campaign at her middle school to help Janet get elected. With a youthful voice and a light touch, Eiden brings to life a group of passionate young campaigners fighting for what they believe in. In contrast, the self-important presumptive mayor's voice drips with condescension. Adding to the fun are interspersed word-bubble cartoons, which Eiden distinguishes from the main text with appropriate vocal variation. S.C. © AudioFile 2020, Portland, Maine [Published: SEPTEMBER 2020]