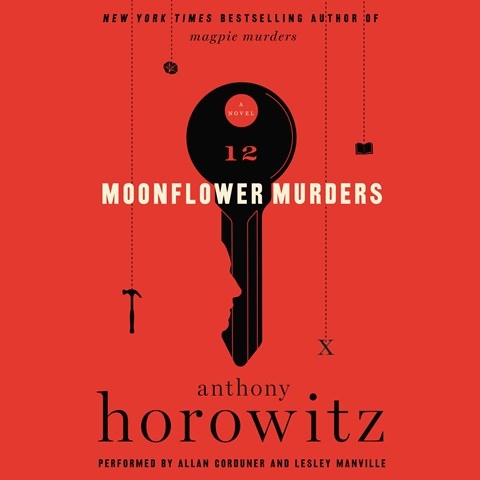 In this second outing for editor-turned-sleuth Susan Ryeland, narrators Lesley Manville and Allan Corduner deliver pleasures galore in this book within a book full of sleight of hand and red herrings. Manville's crisp, warm voice is engaging, and her emotionally attentive performance nicely differentiates between characters in the Ryeland investigation of a hotelier's disappearance and an earlier murder at the hotel. That murder was purportedly fictionalized in a popular mystery, and just like that, we're in the mystery, read by Corduner. Set in the 1950s, it features detective Atticus Pund investigating the murder of a hotel-owning film star. Corduner has a perfect body-in-the-library voice--erudite, trustworthy, slightly superior--and his amusing characterizations sound of the era. Between them, Horowitz, Manville, and Corduner spirit listeners satisfyingly far away. A.C.S. © AudioFile 2020, Portland, Maine [Published: NOVEMBER 2020]