Home»Reviews»THE FOLLY AND THE GLORY 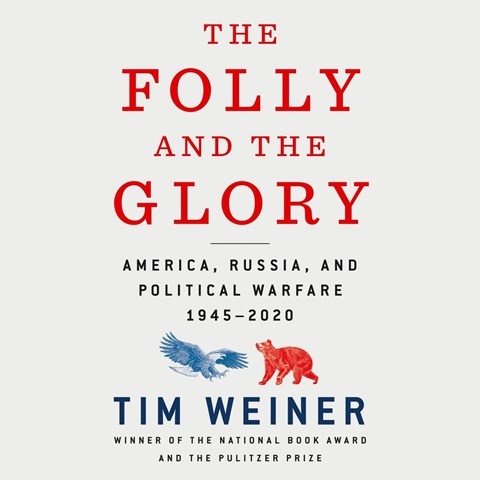 THE FOLLY AND THE GLORY America, Russia, and Political Warfare 1945-2020

This audiobook's Pulitzer Prize-winning author chronicles major events in the fifty-year conflict between the U.S. and the Soviet Union, which continues long after the U.S.S.R.'s dissolution in the early 1990s. Narrator Stefan Rudnicki's various Russian and Eastern-European accents give the work a compelling "you-were-there" touch. Beginning in the late 1940s, the Soviet Union--an important WWII ally--began undermining democracies, using, among other means, disinformation methods familiar to those who follow current Russian attempts to foster social unrest in many countries, including the U.S. The U.S. responded with Radio Free Europe, which provoked uprisings in Hungary, Czechoslovakia, and elsewhere. Though the Soviet Union fell 30 years ago, the conflicts that began in those years continue, as this audiobook vividly explains. L.W.S. © AudioFile 2021, Portland, Maine [Published: MAY 2021]