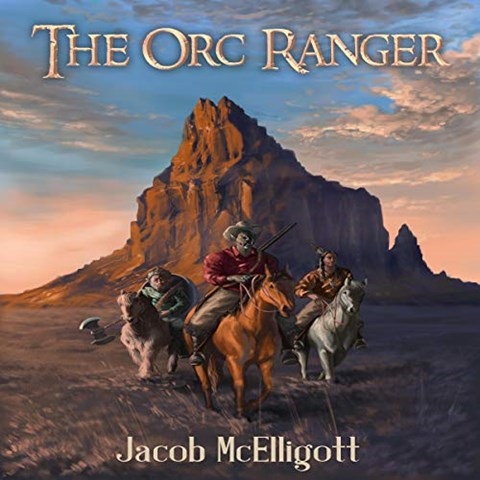 An ancient darkness hangs over a dusty frontier town in a Western fantasy capably narrated by Jack de Golia. Thurk Gutarg, a creature called an orc, is a legendary Ranger who is determined to do what's right despite the hatred toward him and his kind. Allied with a dwarf and a human boy, Thurk sets out to ease the plague lingering in an isolated town. With a staggering number of distinct voices, de Golia breathes life into the fantasy creatures who populate the Western setting. De Golia's bright and eager narration draws the listener into this short work with an engaging cadence. This fantasy was made for listening, thanks to its genre-bending story and captivating narration. J.M.M. © AudioFile 2020, Portland, Maine [Published: OCTOBER 2020]