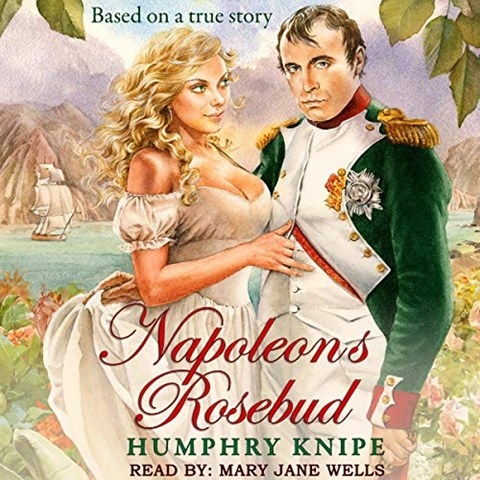 Narrator Mary Jane Wells uses a cheery voice to perform this story of Napoleon's exile (1815-1821) on the British island of Saint Helena in the South Atlantic Ocean. Napoleon convinces the naïve 19-year-old Charlotte Knipe, nicknamed "Rosebud," to help him send secret messages to his supporters, including Lord Byron, and escape the isle. Wells uses a broad range of accents, including the local patois, "Yamstock"; snooty French for Napoleon; and British accents for the military officers, officials, and local gentry. Hot, dull days on the tiny island where Napoleon languishes are contrasted with the enthusiastic Charlotte's exciting adventures on Saint Helena, in London, and Italy. M.B.K. © AudioFile 2020, Portland, Maine [Published: OCTOBER 2020]