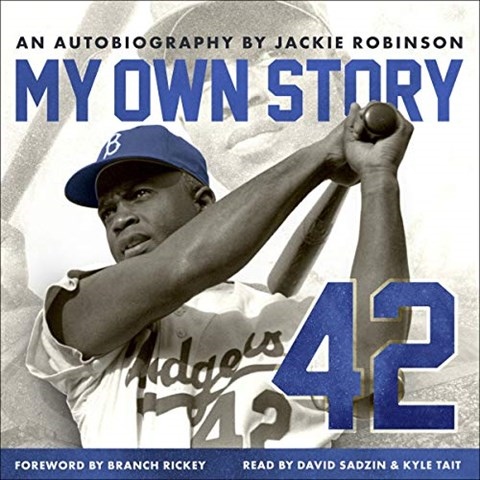 Much has been written about the man who broke Major League Baseball's color barrier. This audiobook, a succinct work by Jackie Robinson himself, follows his life from childhood through the end of his playing days. The story includes his early athletic achievements and the signing that made him the first Black Major Leaguer in the game's modern era. David Sadzin narrates with restrained emotion--which is fitting, since Robinson kept a pretty even-keeled image throughout his career despite the insults hurled at him along the way. Sadzin's voice is clear, though a bit deeper than the ballplayer's, and he doesn't imitate people. But that's okay. His narration brings Robinson's perspective home. M.B. © AudioFile 2020, Portland, Maine [Published: OCTOBER 2020]