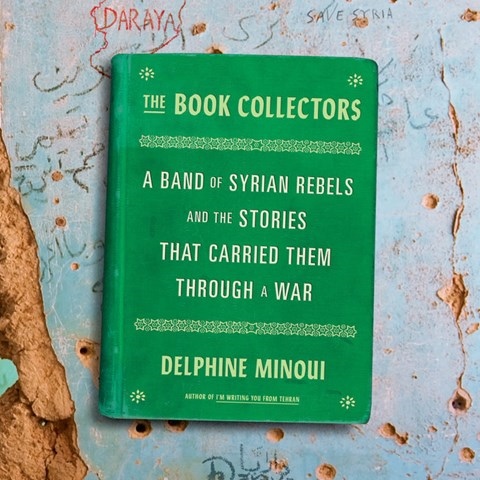 Narrator Nikki Massoud's strong, clear voice brings listeners the determination of journalist Delphine Minoui as she pieces together the unlikely story of an underground library in Daraya, the city where the Syrian civil war began. Massoud sounds confident, firm, and consistent as Minoui describes her travels through the Middle East's conflict-torn libraries. Eventually, Massoud retells the stories of Ahmed and his friends, young Syrian men whose shared love of books fueled their determination to scavenge a large collection of books from the ruins of their ravaged city. Speaking with an undercurrent of passion, Massoud underscores Minoui's belief in the importance of Ahmed's story, as well as those of his city and country. M.R. © AudioFile 2020, Portland, Maine [Published: DECEMBER 2020]